I met my husband when I was 19 years old at university. I come from a culture where parents arrange marriages and having a boyfriend is considered a slur on a woman’s character, but despite this, he impressed my parents and myself with his charm, intelligence and good looks.

We married four years later and I moved to Australia, where he had already been living and working for two years at a well-regarded research institution.

Before our wedding there were some small signs he could be a controlling person – he discouraged me from travelling interstate, he would criticise my friends and tell me I shouldn’t spend so much time with them. But it was when I arrived in Australia – with nothing but a suitcase containing my degrees and dowry items – innocent, alone and ultimately very vulnerable, that the abuse and violence truly began.

I remember an occasion, within the first six months of our marriage when he burnt my wrist with the iron because I didn’t know how to press his work pants properly.

He would kick me and choke me. He wouldn’t let me leave the house without knowing exactly where I was going. I was on a dependent spouse visa, I had no knowledge of local services or understanding of how the Australian health system worked. When I went to a GP who saw my injuries, she said and did nothing. I thought I had no option, that there was no way out.

Two years later I fell pregnant and discovered what some statisticians already knew – that pregnancy and child birth are high risk periods for women experiencing violence.

Naively, I thought when I had a healthy son that his birth would herald the end of the abuse. But my husband hated my motherhood status and became increasingly cruel.

He attempted to stop me breast feeding my child, and denied me access to a phone, our house keys, money and other basic amenities like a washing machine and microwave.

A few years later we moved overseas for my husband’s work and two things happened – I became gravely ill and the violence escalated again.

To the outside world my life must have looked idyllic, I was an expat’s wife living in a mansion with a maid and driver. But, behind our walled garden, the years of abuse I had already suffered had deteriorated my health to the point where I was suffering extreme anaemia, menorrhagia and hyperthyroidism.

During this period, my husband repeatedly attempted to kill me. I was sure I would soon end up dead at his hands.

My turning point came when we briefly returned to Melbourne. While there, certain I would soon die, I asked some family friends if they would adopt my son in the event of my death.

They were obviously concerned for me and told me so. They did not rush me or judge me – they simply said that they wanted to help in whatever way they could. This couple helped connect me with professional help services and a psychiatrist, they provided me with unconditional support, guidance, and assisted me physically and financially.

After 16 years of abuse, I ended my violent marriage with the active intervention of Victoria Police and criminal charges against my husband ensued.

That was more than ten years ago. During the decade since, I have had ongoing emotional and physical health challenges, including post-traumatic stress disorder and major depression. I have also faced concerns about financial security and experienced a certain amount of alienation from my community.

But I have surrounded myself with a very small group of friends that are understanding and supportive. I am also lucky to have an amazing therapist who has helped me deal with the shame and loss of face I felt when I ended my marriage.

My health has improved, I have been able to focus on my career, my son and cultivating a healthy lifestyle that involved hobbies, exercise, and two adorable dogs – I created my life as I wanted it.

For me, becoming a Survivor Advocate has been incredibly empowering. By sharing my story I have been able to seal out the shame that thrives in secrecy and shadows. By speaking out and shedding light on the atrocities that I endured, I can change community attitudes about intimate partner violence and hopefully give others that may still be suffering strength.

Over the years, a few women have reached out to me personally for support and guidance – I feel proud that I was able to help a woman who had recently migrated to end an abusive marriage and resettle in her life.

It’s not your fault. There is no shame. Confide in someone you trust or reach out to a service like safe steps. 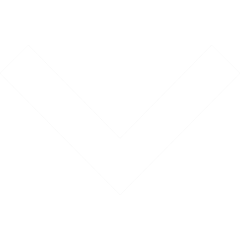